7th Grade Ring Ceremony
A long time ago Egyptians would wear a scarab ring until they died, they would be buried with it placed over their heart. The Egyptians believed that the scarab ring promised the person eternal life. This is where that tradition of the Ring Ceremony and class rings come from. The tradition of the ceremony goes back many years, in fact as far back as the 1800s. It is still used today to represent a school graduation. It can also represent an act of connecting with a certain school. Class rings reflect school pride and can still be worn after graduation.
On Saturday, May 19th, the 7th Grade of DWCA had their own Ring Ceremony. The ring that the 7th graders received have a silver band and a navy blue stone. The ring has the year 2019 on it to represent that they are the 2019 graduates. On one side of the ring there is a cross. The cross symbolizes that we express our beliefs in the name of the Father and of Son and of the Holy Spirit. The cross also represents that Catholic belong to God and His Laws. On the other side you will find the Lamp of Knowledge. The Lamp of Knowledge represents the guiding light of scientific inquiry in an atmosphere of freedom.
Class rings usually have a silver, gold, or platinum band with a center stone that ranges in the specific type and color. There are different designs that can be put on like a school mascot or color themes. This is to add a personal touch to the ring.
The ring can be worn on any finger but it is traditionally worn on the fourth finger on the right hand. The ring can also be worn on a chain around a person’s neck.
The students of the 7th grade shared their different experiences with us.  We asked them what they felt before the ceremony began and some of their responses were nervous, excited and honored. We also asked how they felt when they heard about the importance of the ring and they said that they felt like royalty and felt honored. Some students said they didn’t realize how important the ring was. After the ceremony, almost all students said that they feel great going into 8th grade and they can’t wait to graduate next year. 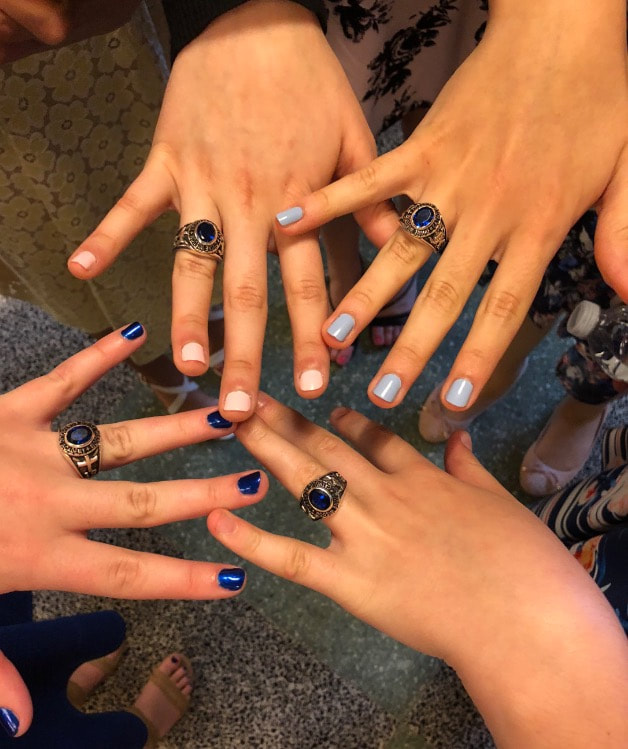 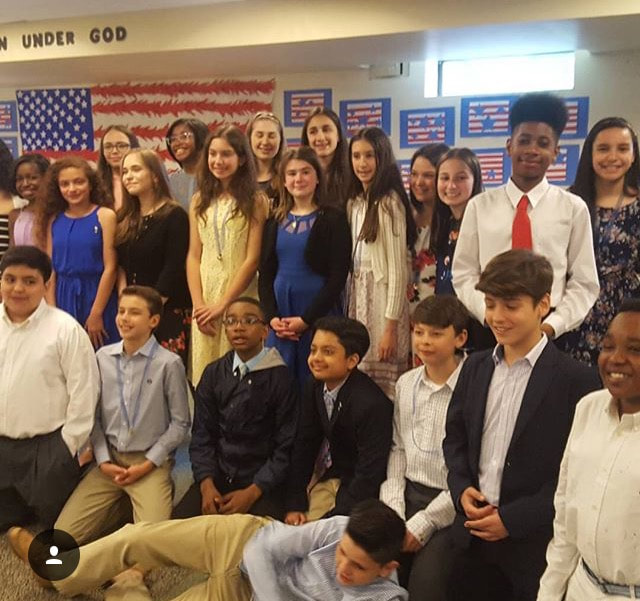 Singing in the Rain! 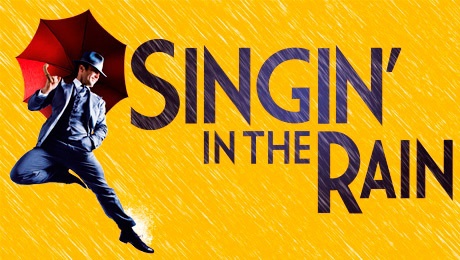 On March 10th and 11th the drama show, Singing in the Rain was performed by 2nd to 8th grade students of the school, Divine Wisdom Catholic Academy. The students in the play were very dedicated to make the show perfect. They practiced every Thursday after school from 3:15 p.m. to 4:00 p.m. As they got closer to the show, they extended the rehearsal time. By the end of the season, their practices went from 3:30 p.m. to 7:30 p.m. They also added days to their rehearsals. For example, they practiced on Saturdays and Tuesdays, in addition to their usual Thursday practice.
While the students worked very hard, so did the director Mrs. Gia. She has directed shows for DWCA for about 10 years now and has helped with other extracurricular activities. For example, some previous shows include Captain Louie, Big Nate, School Dayz, Schoolhouse Rock, Xanadu, and Godspell. While Mrs. Gia had to think what show would have enough roles for all of the participating students, she also had to think about which role would be a good fit for every individual. Mrs. Gia did a lot to work make every show happen and without a director as good as her, the students wouldn’t have been able to accomplish all that they did. 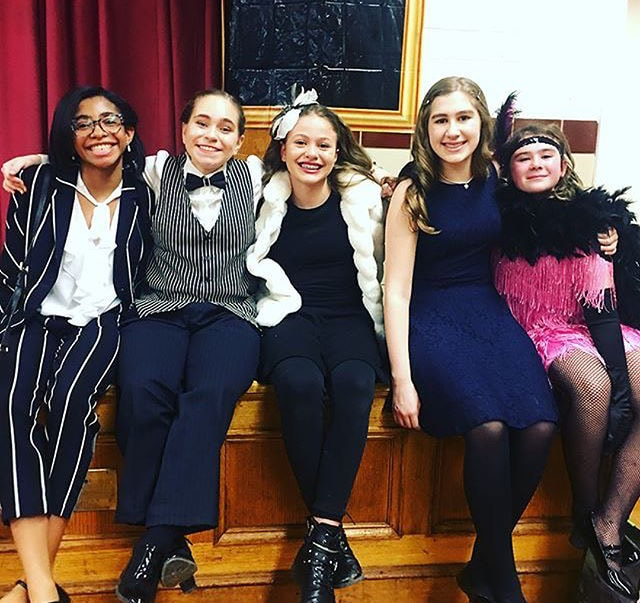 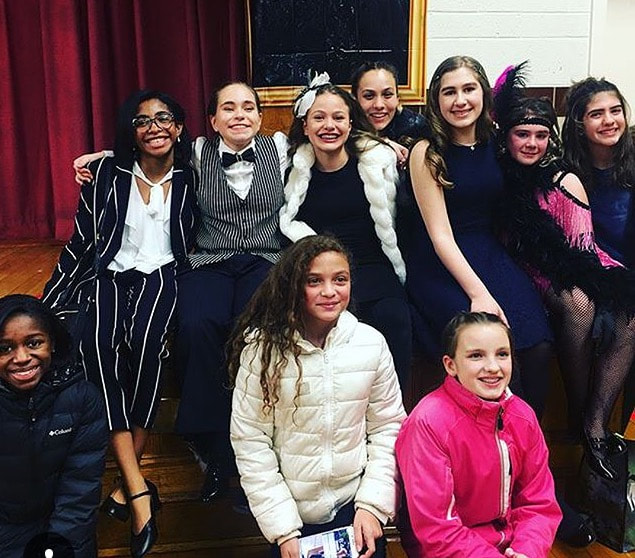